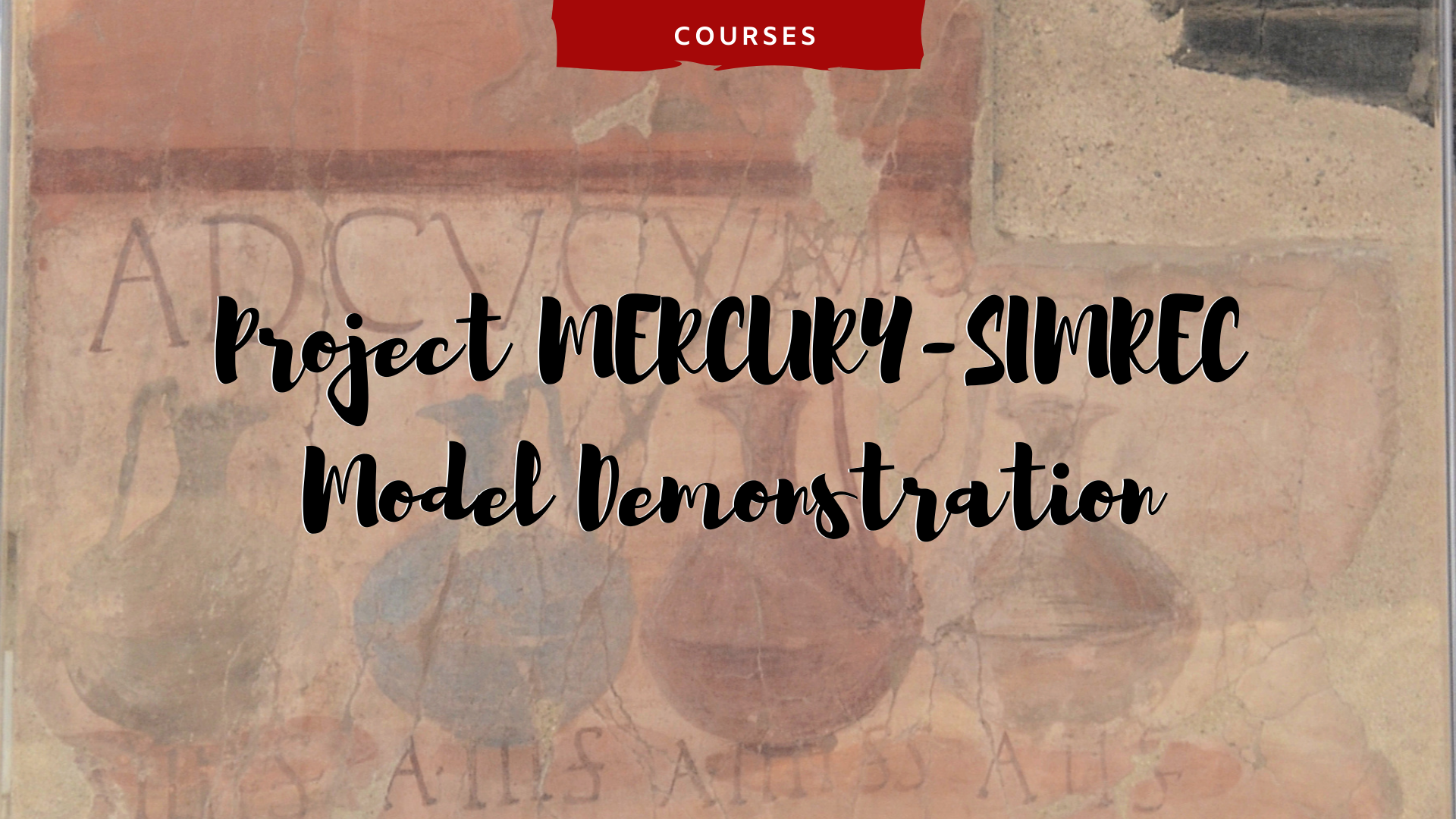 While working on the Agent-based Model Simulation of the Trading along the Ancient Silk Route, one of the prominent models that inspired me was the Project MERCURY-SIMREC. For the CSS 610: Agent-based Modeling Simulation / Agent-based Modeling Economics course, we were to demonstrate an ABM we find interesting in class, and here are my notes and presentations from the class. For the Fall 2020 semester, I have a course, CSS 620: Origins of Social Complexity which is described as a study of human societies, specifically Meso-America, West Asia, East Asia, and Andean Peru. This is an attempt to review, overview, understand the creation, and process of the Project MERCURY-SIMREC model based on Ancient Roman civilizations.

“…untangle the complexities of past human behaviour: computational modelling… focus on individual phenomena like trade, individual preference or political regulation… identify what evidence they would find if their theory was true… test hypotheses related to their theories by comparing simulated archaeology with real excavated archaeology.”

The biggest advantage of, or element that works in favor for the project is the availability of open data.

A trade map from the ancient Roman empire is shown below. If we were to focus on the Eastern Mediterranean side of the empire, a curious pattern emerges in terms of the popularity and distribution of four types of ceramic tableware known as the Eastern Sigillata – A, B, C, and D.

Many historians and archaeologists have been debating and discussing the rise in popularity of Eastern Sigillata A as well as its decline in popularity. It has been theorized that this is due to its redistribution across the empire, across a period of 25 years.

An ABM can be constructed to trace the trade of the tableware, and their redistribution over a trade cycle, possibly simulating the demand and thus the quantity of the tableware A in the regions.

There are several theories for historical Roman trade. Many use the following as the main parameters.

For the Project MERCURY model, the focus is on information flow between traders in local and wider networks. The following two theories are carefully considered:

The Roman Bazaar theory is conceptualized as the Null Hypothesis to build the ABM, which eventually even becomes a Monopoly-style board game called FORVM

Limited integration of markets proposed by Bang’s model is highly unlikely. Importance of market integration as suggested by Temin’s economic model more likely. In the case of the redistribution iteration of the item, of the Eastern Sigillata A Tableware reduces in demand and popularity over a period of time in the model, just as in the archaeological findings.

Why did the distribution between the tableware shift?

Note that the featured image for this blog post is the wall from a building at a “Ad Cucumas” shop in Herculaneum, Italy, with an advertisement for four wine jars (cucumae) of different colors and prices.

Yes, yes, I call it “Hermes”, like the Greek God of Travel, Commerce, Trade, etc., but “Her mess” works too, at this point. The model is still in construction phase but Project MERCURY inspired me beyond even the naming of the model. I figured out how to apply research in a historical economical model, from Project MERCURY. The research paper details the steps in the process. Above all, the possibility of such a study was absolutely influential in me pursuing the large scale exploration of trading along the Ancient Silk Route.

Bang, P.F. 2008. The Roman bazaar, a comparative study of trade and markets in a tributary empire. Cambridge: Cambridge University Press.

Bes, P. 2015. Once upon a time in the East. The chronological and geographical distribution of Terra Sigillata and Red Slip Ware in the Roman East (Roman and Late Antique Mediterranean Pottery 6). Oxford: Archaeopress.

Fousek, J., Výtvarová, E., Mertel, A., Chalupa, A., & Hladká, E. (2016). Agent-Based Modelling And Simulation For The Geospatial Network Model Of The Roman World. In International Symposium on Grids and Clouds (ISGC) 2016.

This site uses Akismet to reduce spam. Learn how your comment data is processed.